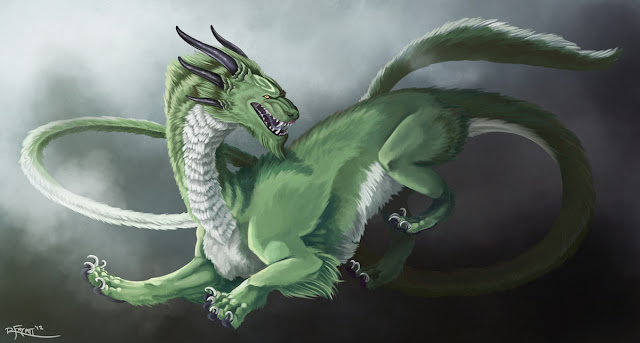 What I've been working on

Thought it would be a good idea to post some current WIP's and sketches I have going at the moment.

First up is an ongoing piece for an artist on DeviatArt. I've had a lot of fun with this so far, I'm taking a little break from it at the moment (don't want to end up ruining it), but it's not far off completion. I've taken screen shots of this as I've gone along and will put them together to make another walk through when the piece is finished. 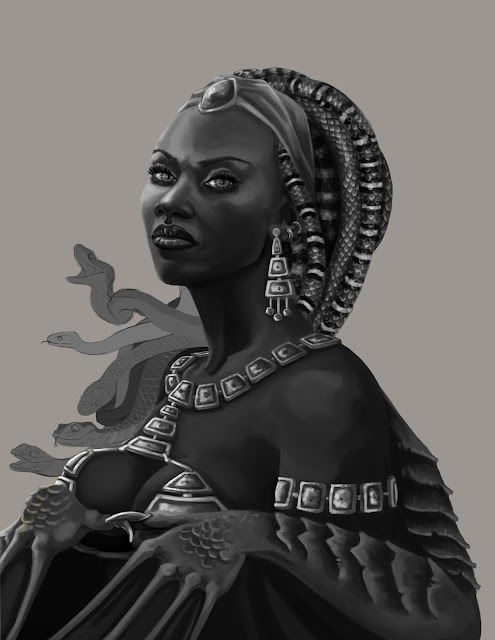 An old friend of mine found a very old drawing I did for him when we were back in college. So I decided it would be fun to do an updated version. Dragons are super easy to draw, so it's been a nice little break from everything else. 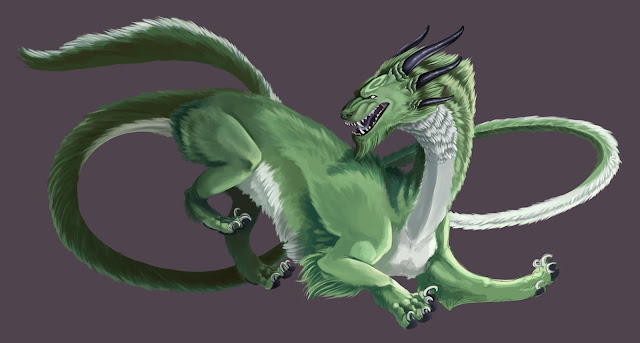 Some terrible attempts at drawing expressions. I've been planning a comic based on an old project of mine, and I realised that I had better get practising with expressions, because they're something I've never really done. I always have characters in the neutral expression, which isn't very interesting or dynamic, so it's some very much needed practice! Many more to come. 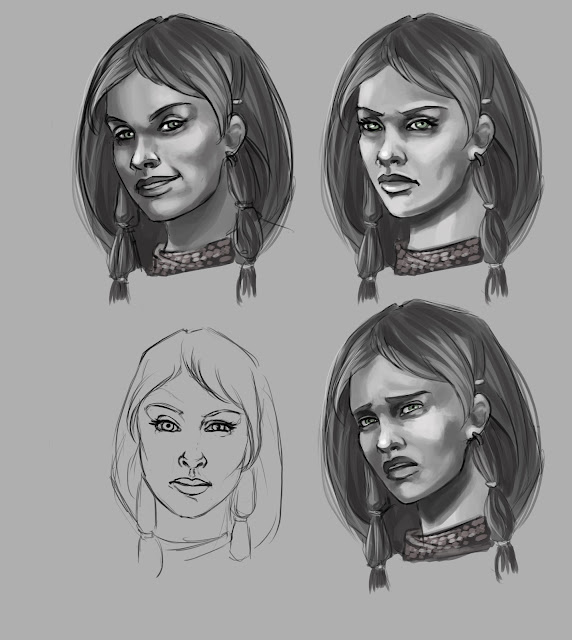 And lastly, some quick figure sketches I've been doing when I have a spare 5 minutes. These are super fun to do, and it's nice to practice doing women with different body types (or at least attempt to). 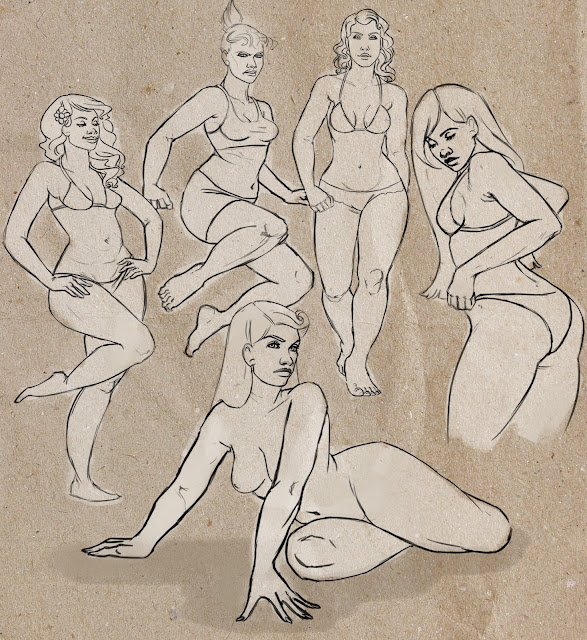 So that's about it for now! Should have the finished pieces for the first two up in a couple of days.
Posted by Rachelle Fryatt at 11:48 1 comment: 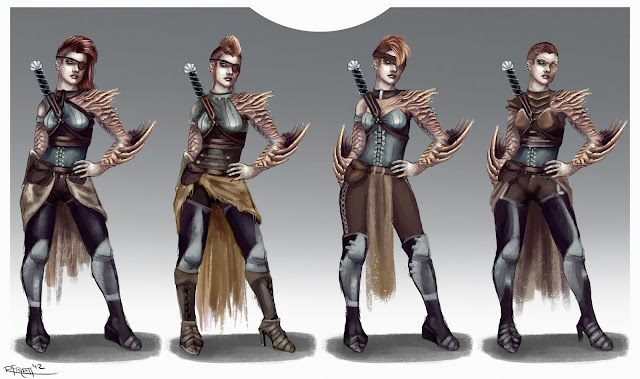 I decided to do some costume variations for a character design that I did a few weeks ago. It was good to see how much I could change a design and still make her recognisable as that same character. Could probably push things further, but this'll do for now.
About the eye patch and her eye- she's not blind in that eye, it's just very sensitive to light, which is why it's covered most of the time. The mutation has spread up her arm across her chest, up her neck and to that side of the face. I'm tempted to draw her in a full mutated state at some point in the future.
Posted by Rachelle Fryatt at 12:25 No comments: 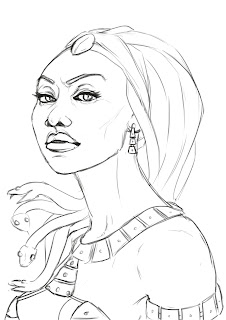 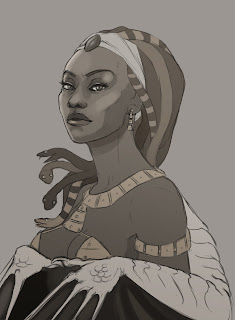 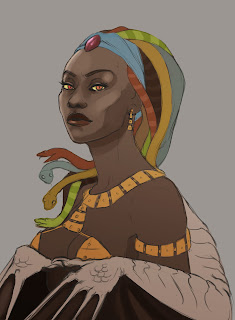 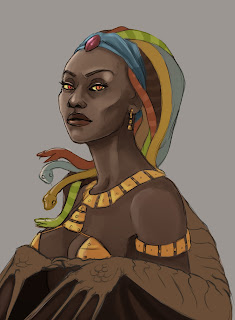 Posted by Rachelle Fryatt at 03:10 No comments:

Changes and a work in progress

A couple of weeks ago I suddenly remembered about a character that I had designed back in my teens. It's a terrible design, and went through several different variations, as seen as below.

Anyway, it got me thinking about how I could update the character and make the design stronger. 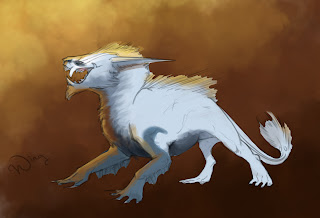 This newer version still leaves a lot to be desired, but so far I'm having hell of a lot of fun painting it- it's been a nice break from the work I've been doing for others. I've also used it as an opportunity to try a different way of painting for once. Instead of being intensely focused on detail, I'm doing blockier colours and shapes, and trying to suggest parts of the character rather than render everything completely.

Posted by Rachelle Fryatt at 07:19 No comments:

I'm really in to the Aquarium hobby, and there are a couple of forums that I use regularly. The main one of which needed an over haul and a new look, and so I volunteered to do art for the forum banner.
Here was the final piece on it's own:

Which compared to other betta paintings that I've done in the past, it's a lot more simplistic. This is because it's viewed considerably smaller than my other paintings.
The concept behind the smoking tail was despite our forum being hacked and taken down, we just came back. The forum admin and other members though the concept of a phoenix fish was a good one, and so that's what I went with.

The smoke was done using this fantastic brush set by eMelody over on Deviant Art.

And here's what it looks like in action, after being merged with the text. Rusty, our forum Admin did a great job with it, and I'm really chuffed with how it's turned out, which is quite a rarity for me! 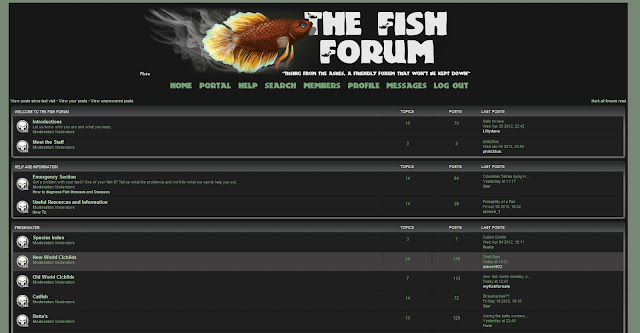 And this is where you can find it: The Fish Forum

Posted by Rachelle Fryatt at 12:03 No comments:

Just thought I'd post some sketches I did a couple of weeks ago. They were requests and I used reference provided. 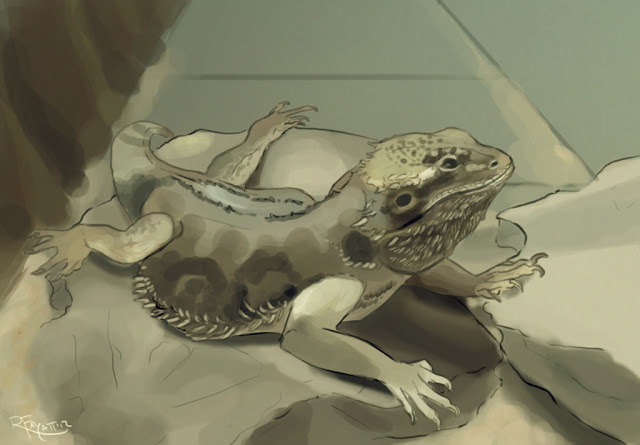 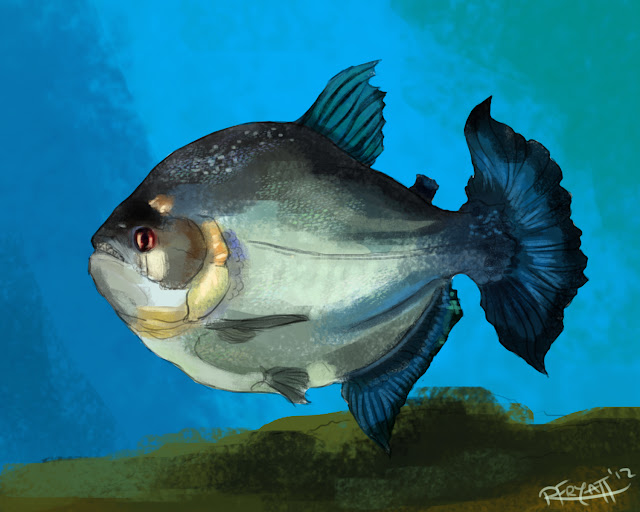 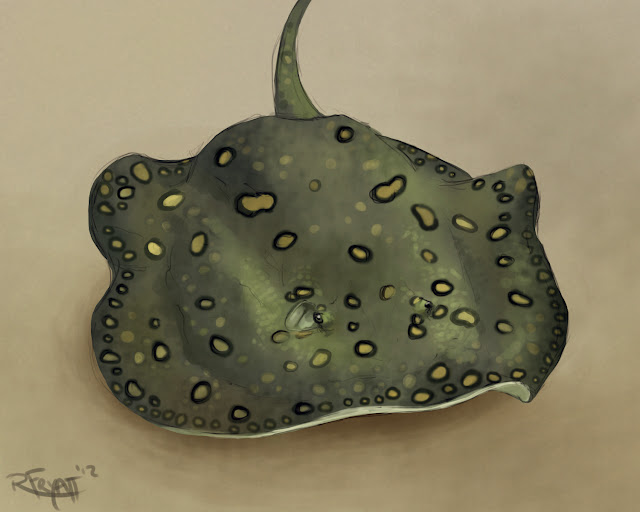 I was actually pleased with how the Bearded Dragon (1st sketch) and the Piranha (2nd sketch) turned out. I might start taking requests for sketches again as they're great for when I'm struggling for inspiration or for ideas on what to draw.
Posted by Rachelle Fryatt at 11:51 No comments:

Rachelle Fryatt
Hi, I'm Rachelle. I'm an aspiring concept artist hoping to break into the gaming industry very soon. I'm always open to peoples opinions and critiques about my work, so please don't hesitate to send me any suggestions and ideas!